Very important is, that you post here only skin specific bugs and not general bugs! Please always post them with a clear description or screenshot, so it can be easily understood what you mean

da3dsoul said:
Nereus is gorgeous, but definitely not made for a mouse or touch screen. I've got some suggestions for it, but I'll put it in a place that isn't here.
Click to expand...

@da3dsoul may I ask where you had issues with mouse, it should work without problems with the main menu. But I’m open for good suggestions.
For though screens I can not test it, but can imagine it’s not working at all.

So, it's not about working or not working. It's more of a design...flaw? quirk? The way that the entire UI shifts and moves with the hovering of the mouse makes it feel like you aren't in control. Touch screens just don't understand hover, so navigation is below subpar.

My suggestion to improve these: Make a "Touch mode" which always shows the side panel on the left (or supports swipe gesture, but baby steps), and every change in the UI requires a click/touch event

EDIT: in this video, my mouse movement is jittery and uncontrolled A. because it's to prove a point and B. because I am using a touchpad, and I also have an air mouse that has okay, at best, tracking. 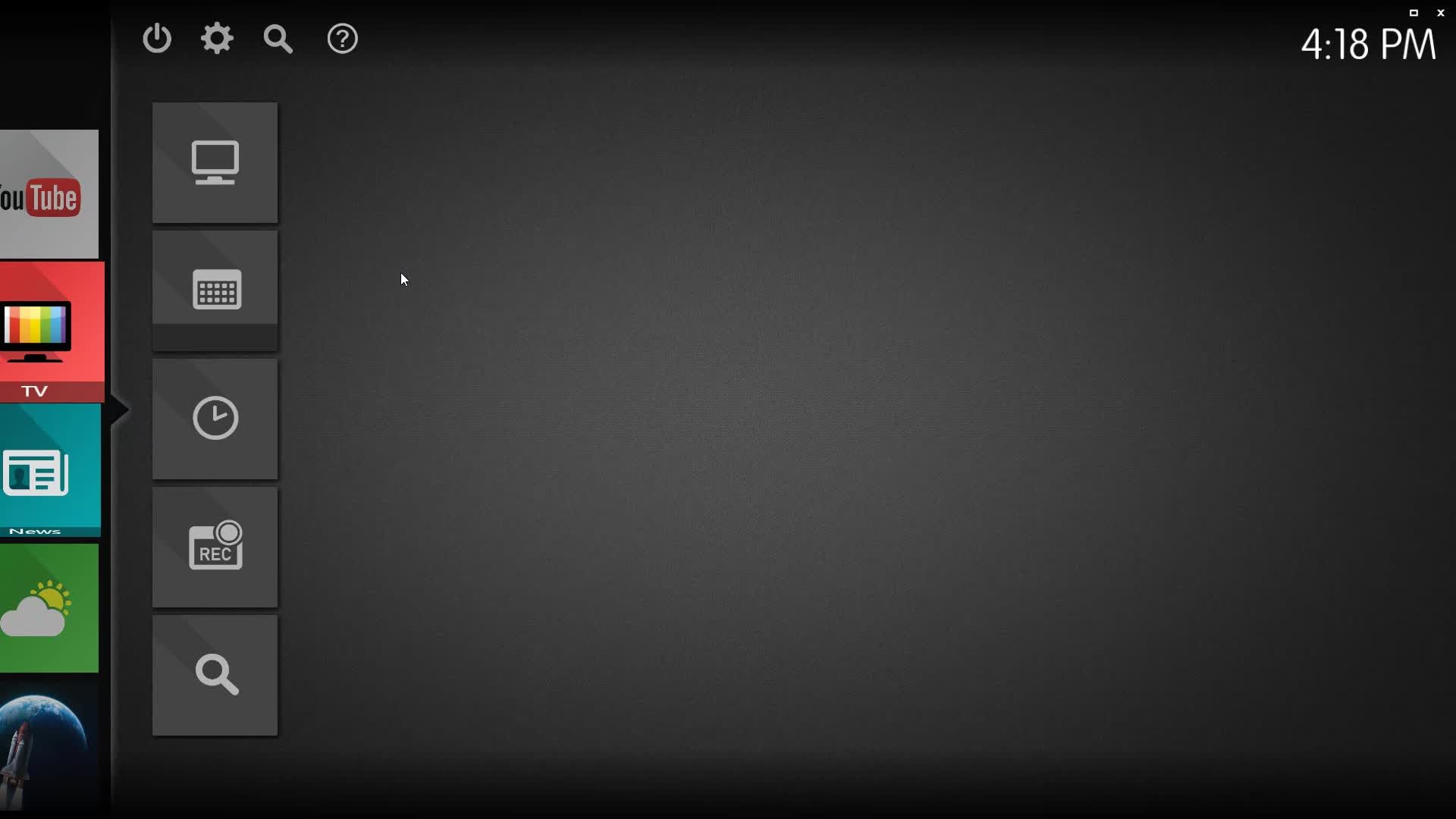 da3dsoul said:
in this video, my mouse movement is jittery and uncontrolled
Click to expand...

Yes, I can confirm this, many skins woul have trouble with this movements But I know what you mean, especially on older non-responsive systems this could be an issue, because the new content is not loaded before the focus changed already.


da3dsoul said:
My suggestion to improve these: Make a "Touch mode" which always shows the side panel on the left (or supports swipe gesture, but baby steps), and every change in the UI requires a click/touch event
Click to expand...

This could be done by a "touch theme" of Nereus skin. But honestly I've no idea which elements react how on touch displays as I can not test it.
I'd need your help here I think.

Sure, but supporting touch isn't as hard as people make it out to be. The biggest thing there is just making sure that you don't rely on actions that are impossible in a touch UI, for example hover, running the mouse into the edge of the screen (think panning in old games), or excessive click and drag operations. Since these things tend to make for bad UI design anyway, it's not hard to avoid.
I'd also like to clarify that I don't use touch. I have a touch screen, so I can test, but I get that MediaPortal is a 10-foot interface, not a tablet interface. My mention of touch screens was just because they are an example of an input type that would have issues.

da3dsoul said:
Sure, but supporting touch isn't as hard as people make it out to be
Click to expand...

The MP2 skin engine uses WinForms as platform and it does not support touch natively. I have implemented only very basic touch support in this class: MediaPortal/MediaPortal-2.
It does some own message handling and deals with "WM_TOUCHDOWN", "WM_TOUCHUP" and "WM_TOUCHMOVE". I found the code template somewhere, it's not originally written by me. (another example)

So besides skin logic there is probably more required in underlying TouchForm class to properly support all touch events and later the skin engine would require more events and handlers. (Although our skin engine looks like WPF, it's a complete own implementation, called "MPF")

Ah that's fair, but I meant more at the design level. You can drop in touch support, but if there's no buttons visible to tap on, then it's moot.

Sent from my HTC U11 using Tapatalk
M

First of all I would like to thank you for this amazing skin!
I really like it as it is easy to use and displays all the information in a very clear way.

Nevertheless I suggest some improvements:
Many thanks again for this great skin


marabicudi said:
Make the home screens of Series, Movies and Music configurable so that the different section "Latest Added", "Continue Playing", "Favorites", etc. can be activated/deactivated and reordered.
Click to expand...

This was also my plan. But I have many plans and we have not enough resources to realize them.
If there is a dev willing to take this point, we will implement for sure.


marabicudi said:
Make the media description in the new info screens (Series and Movies) scrollable or enlarge it as somtimes the description is not fully displayed because of a long text.
Click to expand...

Yes, this is a good point. I'll add this.

@Brownard,
Though we don't see you too much in forum lately, I tag you
I think you are the one who could best validate the needed effort to make the home content configurable.
Questioned is the order of the content and which content is shown. If you at least could estimae the effort, if would be already good.
You must log in or register to reply here.