I have my music views set to sort by discnumber:

I checked my MusicDatabase14.db, and the tracks have correct disc numbers set in the iDisc field. The iNumDisc fields were originally all 0, but even when set manually to the correct value, the sorting remains the same.

It used to display the discnumber as secondary value in the list (in this skin right aligned on the other end of the same line), which seems to have disappeared as well.

Maybe something changed with a new version of MediaInfo? I'm not exactly sure when it stopped working, it could have been already in v1.26.

I noticed that the property #Play.Current.DiscID seems to be broken as well. My CD-Art using this property stopped working as well. Was there a change of the properties in the music section?

I don't know much of the inner workings of MediaPortal, but I peeked into the source on GitHub. Takes a while, when you don't know where to look, but I maybe found the culprit. Could it be that it was simply forgotten in a rewrite? I noticed that in commit 19c73e1670c27f855b460725826aac0dee08928c (November 2020) in the public MusicTag ToMusicTag() function in mediaportal/Databases/Music/Song.cs this commit replaced a bunch of properties, and removed DiscID in line 338, but not added it again. Only DiscTotal in line 397 was added again.

Can anyone with knowledge of the MP internal workings confirm this? Maybe @hwahrmann or @ajs
Last edited: May 22, 2021

Does anybody want to chime in?

Is this function involved in passing metadata to the GUI? Is there someplace else, where the DiscID may be handled? Am I misinterpreting the source code? Do Discnumbers also not work for anyone else? Will there be cookies at teatime? 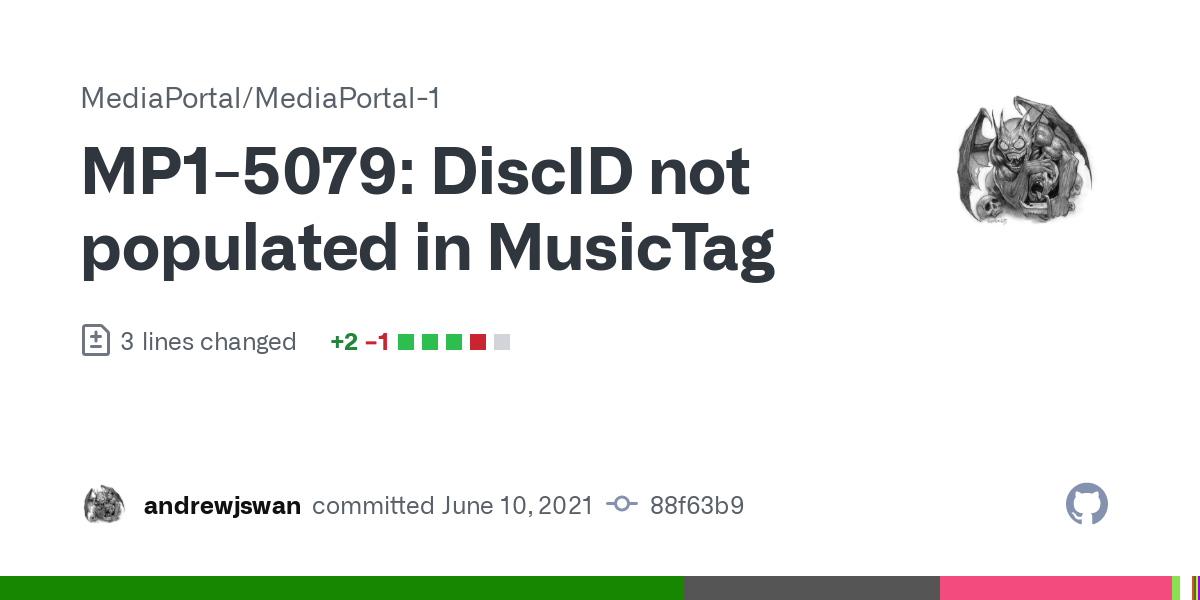 I just installed it and the discnumbers are indeed back.

Thank you for the fix! Now I can enjoy my collected boxsets again