GREAT cul8er! In my opinion this screenshots are better than the other ones! Congratulations!

BTW, why in your screenshots the only visible logo is the one of the resolution? What about the other logos? Video codec? Audio codec? Audio channels? Subtitles?

Do you make any change to the other views? Are you going to include logos in the list view?

Thank you very much for you work man, this is wonderful!

Thank you for your feedback. The reason for the "missing" logos is that all images are from my laptop and I have no movies at all. Only folders and zero byte avi files to be able to make the skin. I'm about to start looking at the other views and have not yet decided on what to include and what not to.

Damn this looks good. I havent followed the hole development and read the full thread but about the raing through moving picture: I would prefer the IMDB rating a stars.. (maybe movingpictures issue and not skin related?)

I'm gonna switch to this from purevisionhd..

Changed layout of actors field, moved directors, writers, genres up a little and to the right. 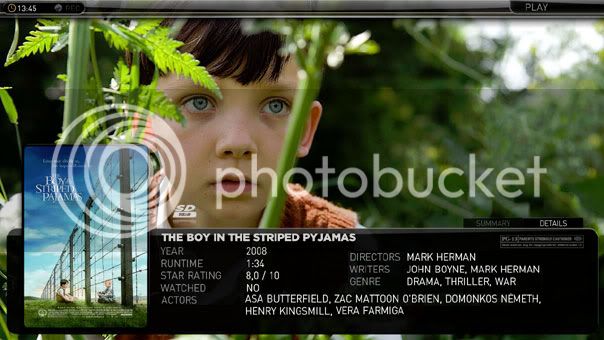 Added fadeout to movie summary, and shifted bottom text up a little 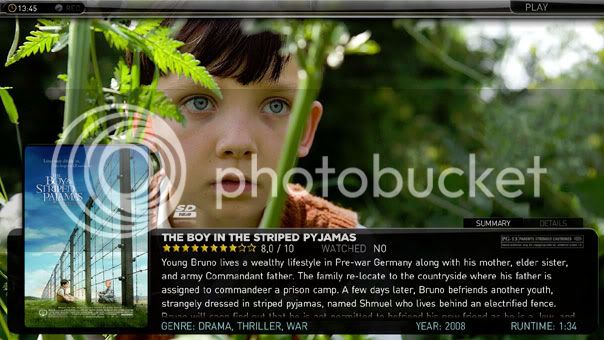 This looks great, thank you. Is the fadeout done by an image and if so would you like to share?

I've seen it on other skins, and i guessed it was just a skin engine thing,
however you could do it with an image.
put this in front of the movie summary but behind the genre tags.
stretch it to make it wider using the width tag, you may need to adjust the height too.

Do you have photoshop cul8er?

Is the background image in the screenshot called movie_detail_bg1.png?

How far along the progress bar are you with releasing a patch for movingpictures 1?
I made a bit of a mistake to upgrade to movingpicutres 1.0 without backing up the database. .. I did this because I found the depreciated download of xfactor R462 and drawn the wrong conclusion the patch would be in there....

I am stuck with the pop-up messages saying it doesn't support..bla bla..

Don't rush it of course. I am just wondering what the progress is roughly.
Thanks for the great work Cul8er !!!
D

I'm very curious to see how the MovingPictures fanart list view is coming along for the 1.0 release. I only use the list view and have my MovingPictures plugin configured to play the movie when I click it, instead of displaying movie details.

I'm referring to this view. Do you have a preview of how it will look for the 1.0 release?